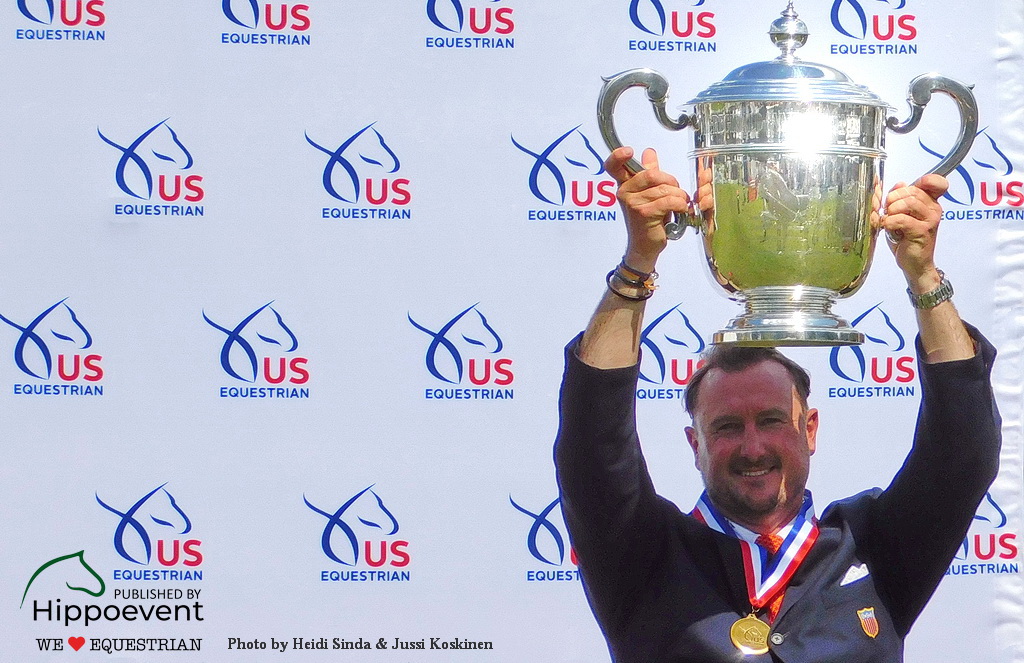 Chester Weber the FEI World Equestrian Games™ (WEG) Tryon 2018 individual silver and team gold medalist, commanded the lead in the USEF Advanced Four-in-Hand Combined Driving National Championship from start to finish. He accurately navigated his team of Amadeus, his 14-year-old Dutch Warmblood; Hendrik, his 7-year-old Dutch Warmblood; First Edition, his 10-year-old KWPN; and Gouveneur, his eight-year-old KWPN through razor-thin margins, leaving all the balls on their cones and adding just 1.56-time penalties for a final result of 166.13.

"I was pleased to start the weekend with a dressage score in the 30s. In the dressage, I used two horses that were different from my WEG team, so I was pleased with that depth," Weber said. "Today in the cones I put the two leaders that I drove last season together because they're my strongest combination. I drove my 7-year-old, Henrik, again as well. He's gotten better and better. He's telling me that he's ready for the big stuff in Europe." 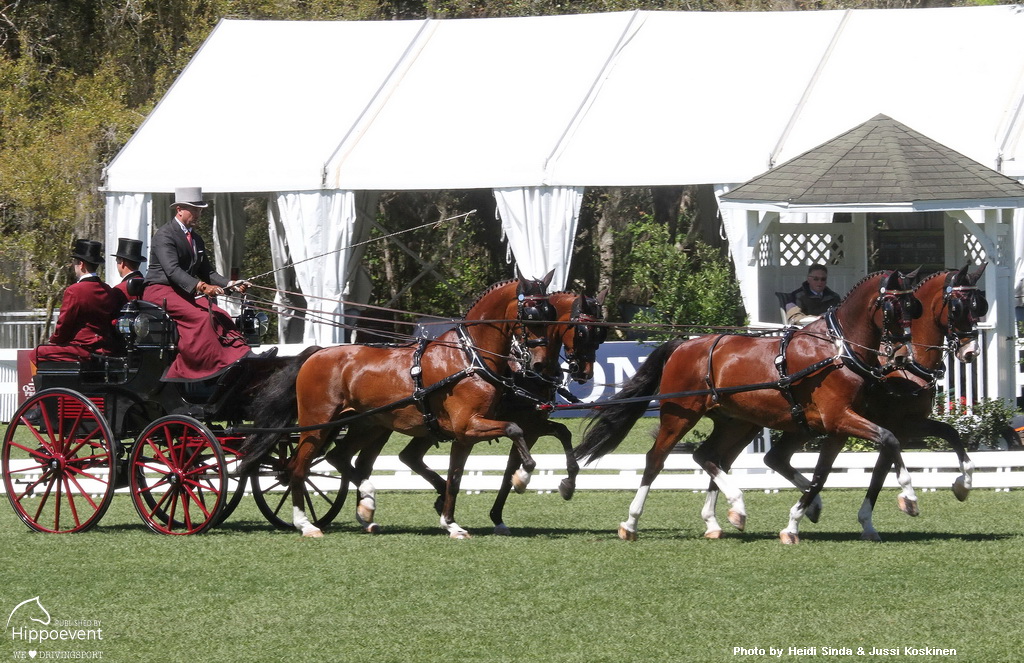 Misdee Wrigley-Miller capped off her weekend with the Reserve Championship title. She and the team of Bolino D, her 13-year-old KWPN; Calipso 86, her 14-year-old Dutch Warmblood; Daan 8, her 14-year-old KNHS; and Saco, her 20-year-old KWPN demonstrated a brilliant display of harmony through the tricky course to add 36.32 points for a final score of 222.46.

"The dressage and cones arena here is second to none anywhere in the world. There's no other place where you navigate around jumps in your cones course. It makes it very challenging in that way, but I was very happy with my horses," Wrigley-Miller said. 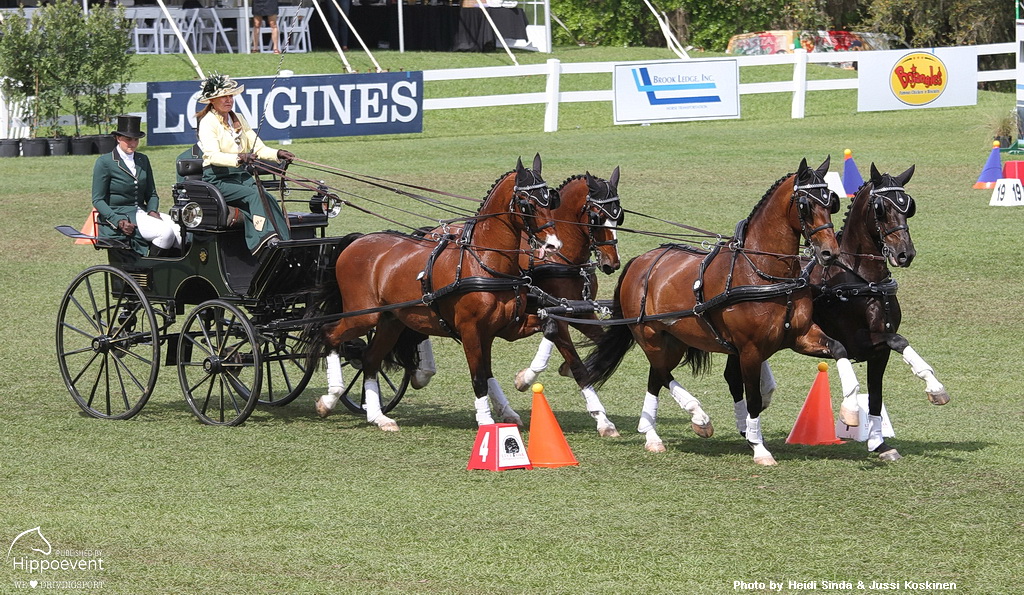 "I consider myself the rookie since it's only my third year in Four-in-Hand. The highlight this weekend for me was my two young horses. It's their first time at Live Oak, and they performed magnificently the whole weekend," he said.

Wilson claimed his 4th USEF Advanced Pair National Championship after a dazzling performance in the final cones phase with Favory Fantom, his 12-year-old Lipizzaner, and Favory Fáraó, his 17-year-old Lipizzaner. With four balls coming down and addition of 8.4-time penalties, Wilson captures the title on 203.91 points. He also celebrated his success with his grandson, 18-year-old Avery Wilson, who also won this weekend in the Intermediate Pairs division. 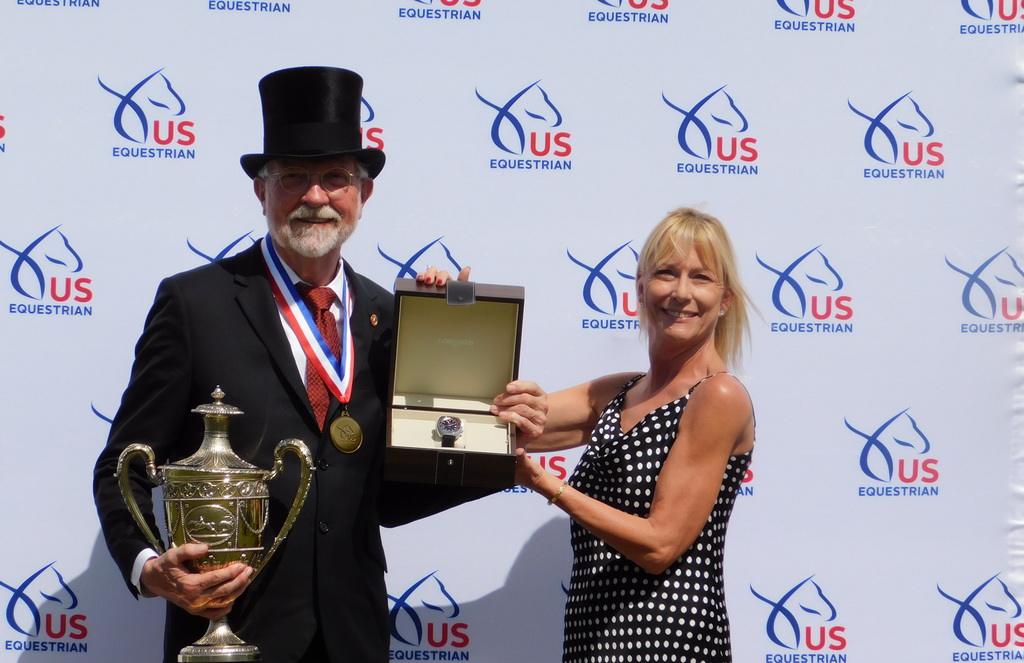 "The course here was extremely advanced, and I'm always intent on doing the best I can," Wilson said. "This was a day to be doubly nervous because Avery was competing. He won, so that was a good inspiration for me. I was delighted and really proud of Avery and his accomplishments. He helped me win as well."

Additionally, Leslie Berndl was awarded the Anne Bliss Perpetual Award as the most elegant lady driver, and Jennifer Keeler earned the Fresh Gourmet Award for the fastest marathon of the day. 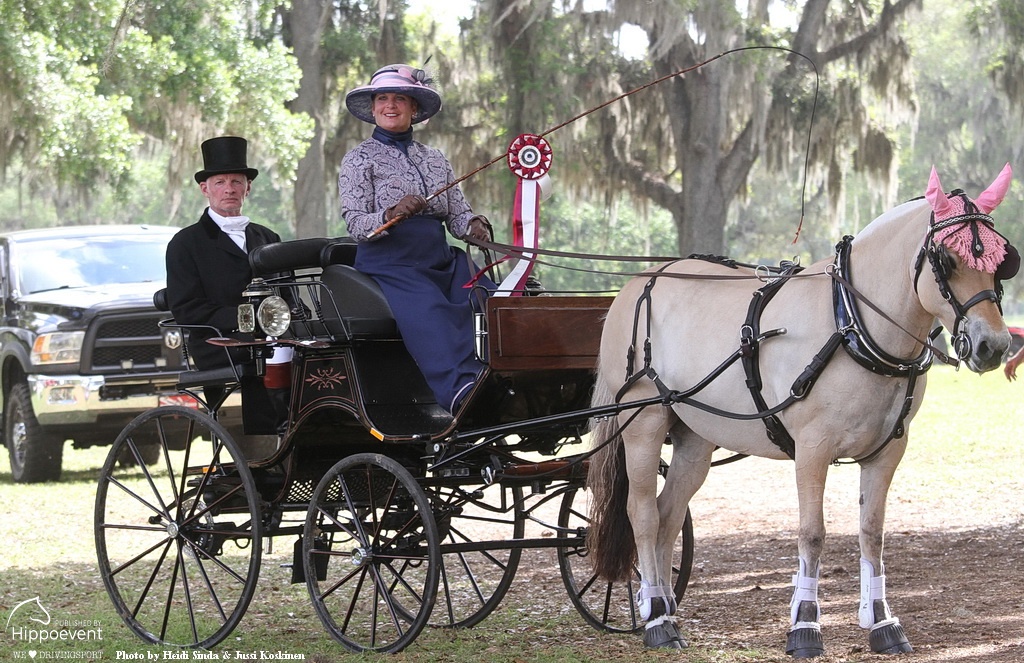 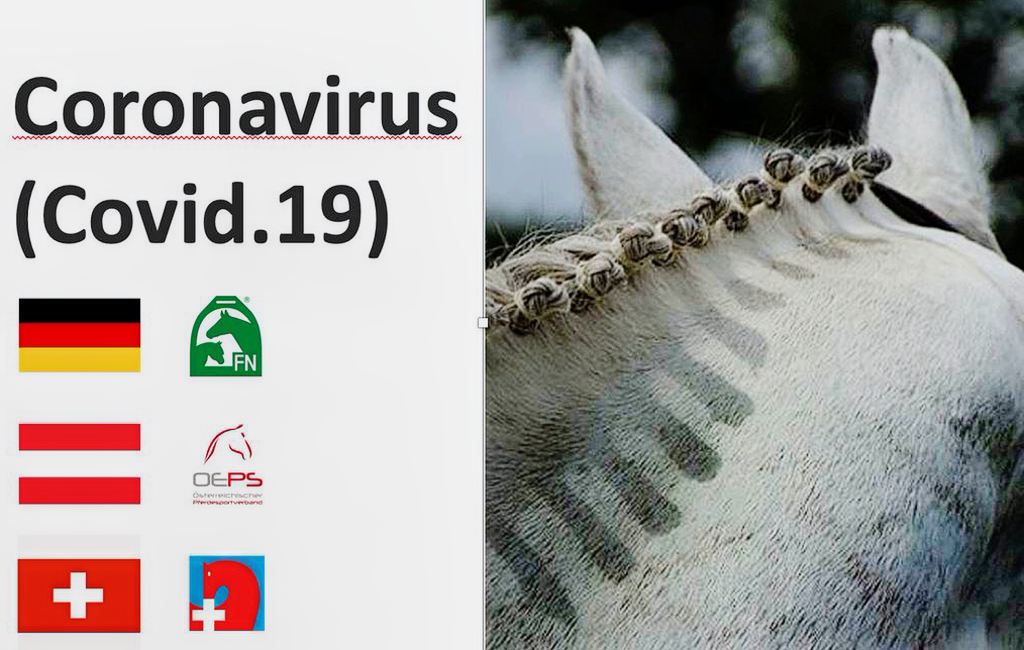